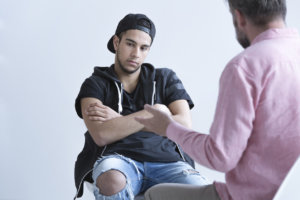 Addicts avoid rehabilitation centers for various reasons. One of them is denial. In this case, they recognize that going to rehab is akin to admitting that they have an addiction problem.

The fear of intense withdrawal symptoms that occur because of detoxification is another reason why they avoid these centers. Others are the reluctance to give up this habit and negative pressure from their peers advising them against rehab.

Sadly, the adverse effects that drugs have on users persist as you speak to them about the benefits of seeking treatment. More specifically, their immune systems weaken as they use these substances.

They may experience increased heart rates, seizures, strokes, and brain damage as well. Nonphysical consequences of drug abuse exist as well. They include failing relationships and deplorable financial statuses.

Acting Before Circumstances Worsen Is An Excellent Idea

It is worth noting that the consequences of substance abuse are irreversible in some cases. For example, more than 200,000 people die each year globally from drug addiction.

Additionally, illicit substances can cause tremendous damage to vital body organs. For example, kidney failure may occur because of heroin, steroids, or ketamine abuse.

Protecting your loved ones against these irreversible effects of addiction is critical even if they respond negatively to your offer of assistance. In fact, helping them might be unnecessary even when doing so goes against their will.

The question is how to involuntarily commit someone to drug rehab. Well, the answer lies in the nation’s judicial system.

The Adoption of This Law across States in the Nation

Did you know that 37 states in addition to the District of Columbia have laws supporting the involuntary commitment of drug addicts? However, the provisions of these laws vary from state to state.

For example, psychologists, physicians, and relatives have different degrees of discretion when it comes to committing an individual for treatment.

Interestingly, only a few people know that these laws exist. Additionally, fractions of those who are aware of them know how to use them.

For example, did you know that proving the drug addict might come to some potential harm is necessary? You also have to show that preventing that harm is only possible if the courts commit that person to a rehab center.

The Legal Framework for Involuntary Commitment

Sending your child to a rehabilitation facility is possible as long as the kid is below 18 eighteen years.

Luckily, you do not need a court order for this kind of action. However, this control diminishes considerably as soon as your child becomes eighteen years old.

At this point, he will choose to stay in the facility or leave it.

Luckily, a court order will keep him there if you convince the judge that the individual in question meets four conditions for involuntary commitment.

One of them is proving potential self-harm as mentioned above. The other one is daily drug use while the last two are lack of self-control and a history of physical and mental difficulties. Go for this option to save your loved one if you can satisfy these conditions before a judge.